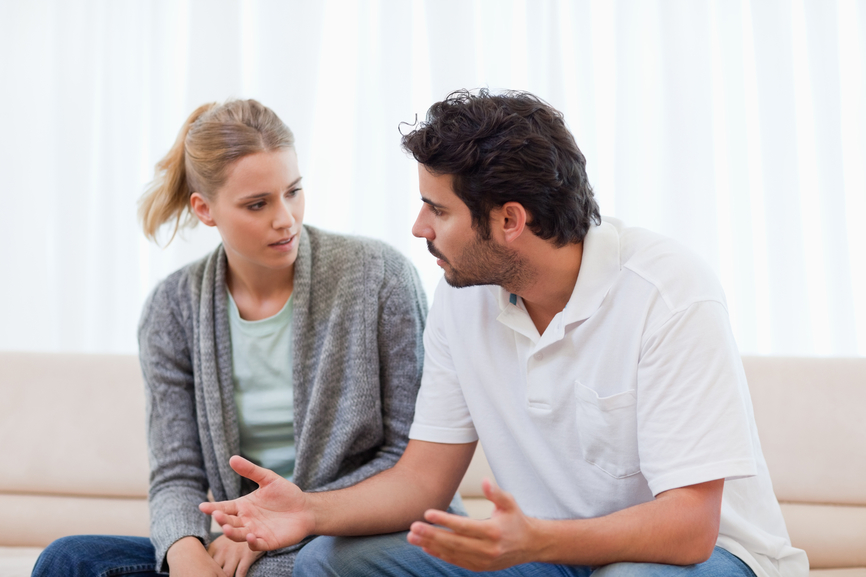 I’m supposed to be happy but I’m feeling down all the time.

James and Sandy were excited about having their first baby. They had been married for 4 years and have been feeling happy together. Their financial situation was good. They both held permanent positions with big hi- tech companies.

Baby Jonathan was born right around the due date and was a healthy and happy baby.
Sandy was doing well, albeit she was exhausted most of the time. She was cheerful most of the time, although she often lamented her lost freedom. James was very supportive during the week after the birth but grew increasingly anxious and moody as the weeks went by. He wasn’t confiding in Sandy but he was often feeling overwhelmed with the new responsibilities that came with being a father. He found it hard to fall asleep at night despite feeling tired. He became increasingly irritable and was having difficulty getting up in the mornings. He was often complaining about headaches and stopped playing Hockey with his buddies. The baby was now 3 months old, but James did not play with him and was very reluctant to help bathing him or changing his diapers. One evening, following a question from Sandy, he broke down in tears and told her that he had been feeling depressed for a couple of months. ” what’s wrong with me?” He cried. ” I feel hopeless and I can’t do anything… I haven’t even been able to do my job properly for a while now…”

James had one previous episode of depression when his father died a few years back. He recovered from that episode years ago, but now was having significant symptoms of depression.

So, you may ask, can a man get Postpartum depression? Isn’t PPD caused by hormones? If so, why would a man get depressed in the absence of hormonal fluctuations?

Here are some answers. First, men sometimes do get depressed during the transition to fatherhood and, of course, it is not because of hormones. However, the arrival of a baby can be very challenging and stressful. Men, who usually go back to work pretty soon after the baby is born, often have added responsibilities and demands to their already demanding and sometimes stressful life. Men also don’t have the same opportunity as women to adjust to parenthood and the changes it brings because they are not carrying the baby during pregnancy and they often don’t take significant time off work to adjust to parenthood. Some men who became depressed may have had a previous episode of depression or another mental health problem or, they may have a close family member who does. In some cases, partners of new mothers who have developed PPD also get depressed. Although depression is not contagious, living with a partner who is depressed may significantly affect the other partner to the point of developing serious depression.

So what can be done in case a new father has developed depression? First, he would be wise to confide in his spouse, despite possibly feeling embarrassed about it. Second, he would do wisely to seek help from a registered psychologist in his community. He may also wish to speak to his doctor, who may or may not prescribe anti- depressant medication and who may also refer him to a psychiatrist.

Depression is a debilitating disorder, which can severely and negatively affect a person’s functioning and sense of well- being. But there are highly effective treatments for it and the most important thing is to get diagnosed and treated as soon as possible.