Why Can’t I Have What Everyone Else Does: How to Cope with the Heartbreak of Infertility 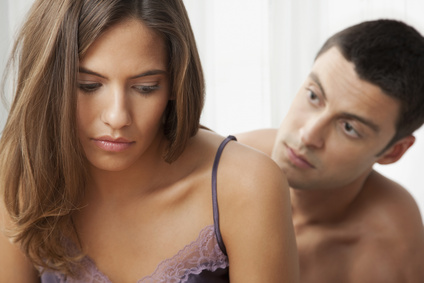 11 Mar Why Can’t I Have What Everyone Else Does: How to Cope with the Heartbreak of Infertility

Posted at 22:34h in Blog by Dr. Michal Regev
Share

Yearning to have children is a universal phenomenon and, although not everyone experiences that yearning, most people do at some point in their lives.

Fertility issues can arise in younger women as well, and sometimes it’s the man who has the problem. In some couples it’s both partners. Nevertheless, researchers and medical professional alike agree that the main reason for the increase in infertility cases is couples delaying having children. This is not a judgement on couples’ decisions but merely stating the facts.

With more and more women pursuing higher education and demanding careers, they often postpone having children until their late thirties or early forties. Also, many couples choose to establish themselves financially before having children. As a result, we have seen a significant increase in the prevalence of infertility in developed countries in the last 30-40 years and, currently, it is estimated that 1 in 4 couples trying to conceive will experience fertility-related issues. This was the case for Abbie and Doug (not their real names), a lovely couple in their early forties that came to see me last year.

Abbie and Doug met in Graduate school while Abbie was working on her doctorate in Zoology and Doug was pursuing his Masters in Political Science. They were introduced to each other by a mutual friend and found each other attractive, funny, intelligent and easy to be with. They were both in their thirties when they met. They dated for 6 months and then moved in together. After graduating from school, Abbie accepted a post-doctorate offer at a prestigious university in the United States. They got married, and Doug moved to the States with her.

Once Abbie finished her post-doctorate program, they decided to travel the world together for a few months. they then came back to Canada and were planning to settle down and start a family. After 14 months of trying and failing to conceive, they went to see their doctor. They both had to undergo a series of physical exams. It turned out that Abbie was not ovulating regularly and that Doug’s sperm count was borderline low. Abbie was given hormones to try and regulate her ovulation. Doug had to undergo a minor surgery. But months went by and they still did not conceive. At that point the doctor at the fertility clinic suggested Intrauterine Insemination (IUI). But after 3 failed attempts, the doctor said their last resort would be In vitro fertilization.

When Abbie and Doug came to see me they were both physically and emotionally exhausted. By then they had gone through four failed IVF cycles. They were heartbroken and close to giving up. And, although they both wanted to have children very much, it was clear that Abbie was desperate and devastated by her experience of infertility. “All of our friends are having children. My sisters and cousins are having children. Why can’t I have what everyone else does? What’s wrong with me? Maybe I wasn’t meant to be a mother. Maybe I’m defected beyond repair,” she exclaimed. As Doug was caressing her arm, trying to comfort her, Abbie started crying and shaking uncontrollably. She was obviously devastated by her inability to conceive despite repeated medically-assisted attempts.

“Sometimes I wonder if you really care about this, Doug,” Abbie snapped at one point in the session. “You seem to be able to continue on with your life as if nothing is wrong with us. I don’t understand how you can!” She exclaimed through her tears. Indeed, looking at Doug, he seemed to be much more composed than Abbie and even somewhat indifferent, albeit very tender and caring toward her. Did he really not care whether or not they were going to have children or did he just hold himself together on the outside but was suffering on the inside a great deal, I wondered.

Unfortunately, many couples like Abbie and Doug struggle with the issue of infertility. Many of them are too embarrassed to share their struggles with close family members and friends. They sometimes isolate themselves, avoiding family gatherings or friends’ parties so that they don’t have to answer any questions regarding having children. Many women who struggle with infertility avoid getting together with friends who are either pregnant or have children. “I become so envious of these women that I start thinking bad thoughts about them so I avoid the situation altogether,” disclosed another client of mine.

So how can couples counselling help couples who are dealing with infertility, you may ask. After all, counselling is not going to give them a baby, is it? While this is true, a lot can be achieved in counselling. Maybe the most important thing is that counselling allows the partners to say things to each other than they have been hesitant to say before. It can open channels of communication and make them more effective. Counselling is also likely to help couples to learn how to support one another in this challenging time and, how to be united and empathetic to one another despite some differences in the way they are affected by infertility. Because whatever hardship you have to face in life, it is always easier to do it together with a loving, understanding and supportive partner.

if you’re even a bit curious about Abbie and Doug, they ended up adopting a baby girl and became very happy and proud parents. When their girl turned two, they decided to give IVF one more chance. This time they were successful and nine months later they welcomed their twin boys into the world. They believe that Sophie, their adopted daughter, has brought them good luck.

Infertility can cause a tremendous heartache and can seriously affect people individually as well as take a toll on their relationships. If you, or anyone you know, is struggling with the heartache of infertility, I would highly recommend seeking the help of a Psychologist or a Marriage and Family Therapist. Please feel free to write to me with any question you have, or call me at 604-671-7356.