It’s Not Your Fault! How Past Abuse Can Affect Your Current Relationships and What You Can Do About It 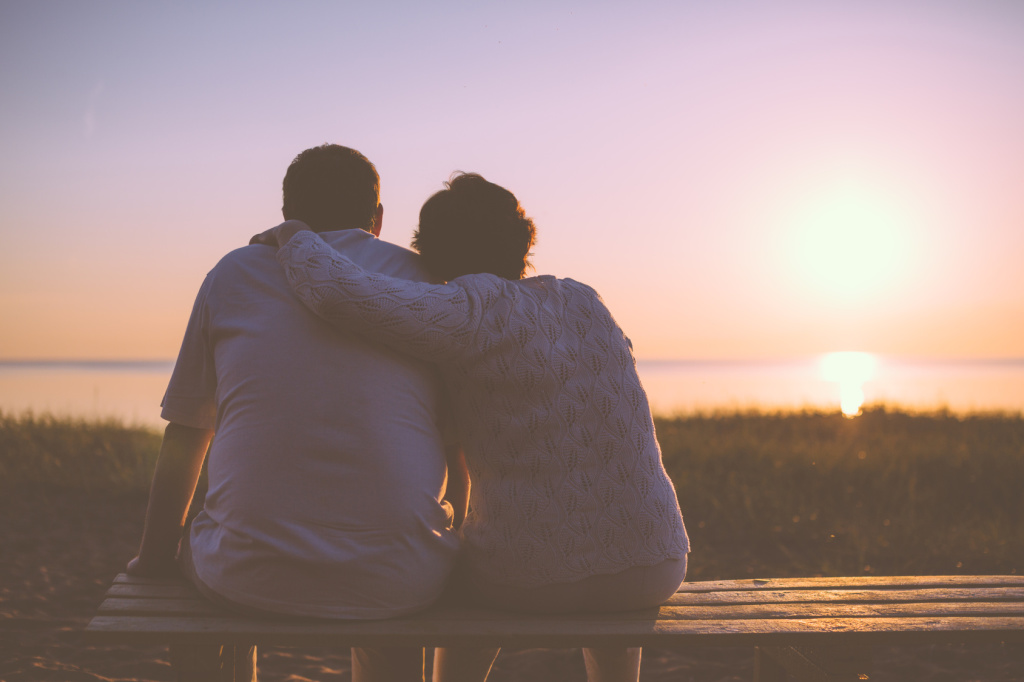 05 May It’s Not Your Fault! How Past Abuse Can Affect Your Current Relationships and What You Can Do About It

Posted at 15:54h in Blog by Dr. Michal Regev
Share

I would like to tell you the story of Sylvia* who came to see me last fall with her husband Derek. Sylvia and Derek have been married for a little under 2 years. They met at a local university, started dating and got married after one year of dating. They had many things in common and both loved to be active. they were madly in love with each other very quickly and both felt that they have found their life mate.

However, in our first marital therapy session, Derek said there was something that had been bothering him from the beginning of their marriage. When they would argue, like every couple does from time to time, Sylvia would withdraw and be quiet for days. Her face would turn “stone-like” and she would only exchange the absolute minimum words with Derek. When Derek would try to communicate with her, even to apologize, Sylvia would not give in and would stay “as cold as ice” until, at some point, Derek wasn’t sure why or how, Sylvia would go back to talking to him and treat him in her usual loving way. When I first asked Derek how he was feeling during those long silences, he burst into tears. Once he regained his composure, he said that he felt sick to his stomach, lonely and terrified of Sylvia possibly leaving him. Sylvia’s silences were devastating for Derek and, as much as he loved her, he said in therapy that he couldn’t go on like this. He doubted their relationship could last. “I must be doing something wrong,” he said. “but I don’t know what else to do in those times. She never tells me what she needs and even if I asked, she probably wouldn’t say.” Sylvia, on her part, confirmed what Derek had told me. She wasn’t sure why it was happening to her, but was pretty sure she couldn’t change anything and that Derek had to “just suck it up” until she came around. “The more you come after me and plead with me the more I want to run away,” she told Derek. “It’s better to just leave me alone when I’m like that,” she said.

As therapy continued, Sylvia was able to open up and share with both me and Derek the story of her childhood. It turned out that Sylvia’s father left the family’s home and went back to his birth country when Sylvia was 3 years old. Sylvia’s mother would have significant mood fluctuations very frequently. One moment she could be sweet, loving and doting and another moment she would be raging with unexplained anger, would throw things at Sylvia and her sister, yell and sometimes hit them. One time, when Sylvia was 7 and her sister 5, she locked them outside of the house for hours and didn’t let them in until well after darkness. It happened in the dead of winter, and Sylvia remembered how cold and afraid they both were. Another time when Sylvia forgot to mention that her aunt had called and left a message for her mother, Sylvia’s mom hit her on the head with a wooden spoon until Sylvia was bleeding. In order to avoid her mother’s wrath, Sylvia used to keep very quiet. She would often hide in her room hoping her mother would forget about her existence altogether. Sylvia said that, all through her childhood, she was feeling unsafe and believed that the world was a very unpredictable place. At any moment, everything could turn upside down.

Now as a grown woman, whenever Derek was upset with her, or even just a little bit displeased with her, Sylvia would turn to her old way of coping, becoming quiet and small and distancing herself as much as she could. Despite the fact that Derek was never abusive toward her, Sylvia re-played some aspects of her relationship with her mother, with Derek.

People who suffered continuous abuse as children tend to have developed coping strategies that used to work for them in the past. Whereas these coping strategies may have helped them to avoid pain in the past, they may not be useful to them in present relationships and, in fact, be in the way of building meaningful, open and close relationship with a life partner.

Although we cannot change the past, survivors of childhood abuse can heal from these terrible experiences and can learn and develop new, healthier and more effective coping strategies. In couples therapy, clients can learn to trust their partner and to communicate their needs to them. They can learn new ways of relating to their loved one and develop a sense of safety. Partners of childhood abuse victims can become more aware of their loved one’s painful past, understand their behavior and where it is coming from and together change their cycle from a cycle of distress to a cycle of love and connectedness.

Let me go back to Sylvia and Derek. They were both committed to therapy and continued to come in to see me for about 6 months. I used Emotionally Focused Couples Therapy with them, as this therapy model has been established as the number one couples therapy to date and has been confirmed as a highly effective therapy for clients with past histories of abuse and trauma. At the end of therapy, Sylvia and Derek reported feeling a lot closer and happier in their relationship. They had been able to resolve their differences in a way that left both of them feeling heard, respected and safe in their relationship. They were mindful of the things that made them feel closer as well as those which tended to create distance. In their last session, they announced they were going to travel to South East Asia before coming back to Canada to settle down and start a family.

If you or someone you know is interested in more information on couples therapy or individual therapy for childhood abuse and trauma, please contact me directly at michal@drregev.com or call 604-671-7356.

*Names and some details have been change to assure clients’ privacy