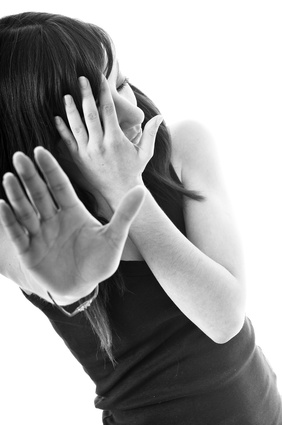 Posted at 21:25h in Blog by Dr. Michal Regev
Share

Melissa was a 27 year old law student. She was in her third year of law school and had been very successful. She could usually manage stressful times at school quite well, even during exams. But something changed drastically for Melissa right after her boyfriend, Jeremy, proposed to her over dinner on Valentine’s day. Melissa was, as she put it, “over the moon.”

Melissa and Jeremy had been dating for over three years and had a very loving and fun relationship. Jeremy had been working as a lawyer in a big firm in the city and he was well on his way to becoming a partner. He was highly regarded by his colleagues and was also well-liked by those who knew him. When Melissa told her mom about the proposal, her mom was elated with joy. Melissa’s parents like Jeremy a lot and were hoping the young couple would marry.

But a couple of nights after the marriage proposal Melissa started feeling nervous and uneasy. She was not sure why that was so because she loved Jeremy very much and wanted to marry him. If there was one thing Melissa was certain about it was that she wanted to live her life with Jeremy. Why, then, was she that nervous, she kept asking herself? Maybe it’s just because of all the excitement or maybe you’re getting cold feet, her friend Alison told her. But after 3 nights with little sleep, Melissa experienced something she had never experienced before. Despite being exhausted, she could not fall asleep. Her heart was racing and she started having breathing difficulties. She was sweating profusely and she felt intense fear and a sense she was not really there. At some point she thought she was either losing her mind or was having a heart attack. The paramedics came and checked her out. They told her that they believed it was just anxiety but that she would better get checked by the doctors at the hospital. The ambulance took her, sirens on, to the nearest hospital. On the way to the hospital, Melissa experienced another peak in her symptoms; she was having another panic attack.

Melissa came to see me a few days later, after the doctors at the ER reassured her there was nothing physically wrong with her and suggested she saw a psychologist. We started exploring together what could have triggered her panic.

Panic attacks are extremely unpleasant and can be very scary. Common symptoms include

Any combination of the above mentioned symptoms may occur. Panic attacks usually include a steady increase in symptoms, which peak and then subside, usually within 10 minutes. In severe cases people may experience multiple attacks in the course of a few hours. When someone has had multiple panic attacks they may also develop Anticipatory Anxiety, which is a fear of getting another panic attack. Usually by then they have developed a fully blown Panic Disorder. In some cases, people who experience panic attacks also develop a condition called Agoraphobia. Agoraphobia  means “fear of the market-place” in Latin, but what it really means is being afraid to be in places where it would be embarrassing to get a panic attack, or it would be difficult to get away in case of a panic attack. Some people develop such serious Agoraphobia that they hardly leave their home, where they feel the safest. People who have developed serious Agoraphobia are unlikely to be able to go to school or work.

Although panic attacks can be very dramatic and scary, they are not dangerous. Contrary to what people who have them sometime believe, they are neither going crazy nor are they having a heart attack. Nevertheless, panic attacks are a significant mental health issue, as they can be very debilitating and tend to get worse if left untreated.

The good news about panic attacks is that they are very amenable to treatment. In a recent study out of UCLA, which compared two groups of people with panic disorder, one group received Cognitive-Behavioral Therapy and the other group was put on a wait list (the people on the wait list were treated later on). Over 80% of people treated were significantly relieved of their symptoms. There were no medications involved in the treatment of this study group.

And what about Melissa? You may ask.

It turned out that Melissa had been operating on a very high level of school-related stress before the marriage proposal. When Jeremy proposed, she started thinking about having to organize the wedding, at a time when she was preparing for articling and studying for the bar examination. Even though the upcoming marriage was a good thing she was happy about, the thought of having to do everything was just too much for Melissa and she developed a panic disorder. Cognitive-Behavioral-Therapy was very effective in helping Melissa manage her stress better and walking away from panic attacks.

if you or anyone you know suffer from panic attacks or panic disorder, get professional help as soon as possible. you may e-mail me at michal@drregev.com or call 604-671-7356